Home Blog Pokémon Go: gotta catch ‘em all – even on a building site?

Pokémon Go: gotta catch ‘em all – even on a building site? 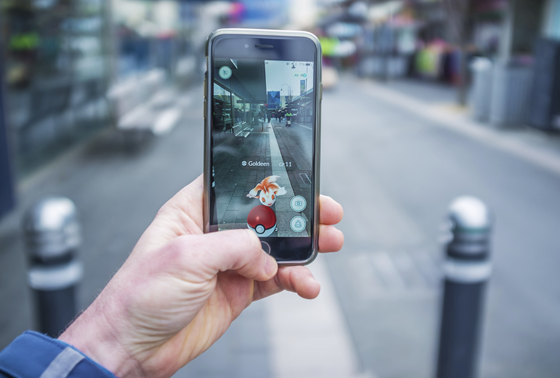 Pokémon Go is this year’s biggest craze. The global phenomenon sees people hitting the streets with their phones to capture and train Pokémon in a virtual world, using their surroundings as a platform.

The elusive animations can be found just about anywhere, and the game has encouraged hordes of people to get off their sofas and get some exercise as they head to these virtual gyms.

While an increase in exercise is a positive aspect of the game, many players haven’t paid attention to their surroundings while trying to snare their Pokémon. Some have become lost, got into trouble at sea, been robbed of their phones or crashed their cars.

Due to these incidents, and many others, information and advice has been issued by police forces and charities such as the NSPCC to encourage people to maintain personal safety while playing the game.

But what about the impact on commercial properties?

Many business owners may be unaware their premises have become part of the game and they could be surprised to discover they’re operating a PokéStop (a location where players can collect extra points) or a gym (where players can fight and train their Pokémon).

Shops and pubs may welcome this inclusion and could see an increase in footfall as a result: some even advertise the presence of specific Pokémon that can be found there to encourage people to visit.

For higher risk businesses with potential hazards on site though, the phenomenon is a dangerous one.

Those who operate building sites and machinery workshops have a duty to ensure the safety of members of the public and can’t risk having people trespassing on their sites and putting themselves in danger.

Similarly, those with a vulnerable client base – such as hospitals and schools who also have safeguarding issues to consider – can’t allow people to simply walk in off the street in search of Pokémon loot.

It’s vital commercial businesses are aware of the potential risks when people are playing the game and lose sight of their surroundings. Staff should be vigilant in looking out for members of the public in areas they shouldn’t be and, if necessary, escort them to a safe location on or off the premises.

Making your premises a Pokémon-free zone

If you do have concerns and you do not want players attracted to your premises, it is possible to ask for your location to be removed from the game:

That will eliminate the pesky virtual critters from your workplace and ensure the only visitors you receive are of the real, human variety.