Home Blog Could your employees be driving while on drugs?

Could your employees be driving while on drugs? 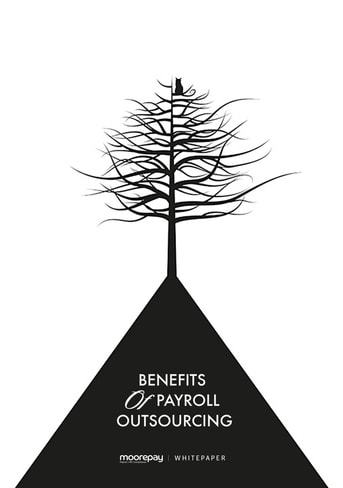 New legislation has been introduced which tightens the law on drugs and driving. That means it is now more important than ever to have a clear policy in place.

The law on drink driving has been around for a long time now but the law on drugs and driving is comparatively new.

The Drug Driving (Specified Limits) England & Wales Regulations 2015, introduced in March, sets limits on the amount of prescribed and non-prescribed drugs in the bloodstream of a driver.

At present, the law only applies to England & Wales, giving police the power to carry out roadside tests.

Many employers have specific policies which cover the topic of alcohol and driving and drugs and driving, some contained in an employer’s disciplinary procedure and some in specific procedures which deal with driving or drugs and alcohol.

Most employers make it explicit in their procedures that under no circumstances should an employee consume alcohol whilst driving a vehicle or operating machinery at work.

Many employers are similarly explicit when it comes to drugs and driving / operating machinery.

The position with prescribed drugs requires careful consideration and it is wise for employers to set out their position on this in a policy.

Clearly many employees will, from time to time, be prescribed drugs in order to alleviate a health problem. The law on drugs and driving prior to March 2015 required the prosecution to show that the driver’s ability to drive was adversely affected by the drugs that had been taken.

The new law is different. This sets limits for both non prescribed drugs and prescribed drugs, such that it is an offence to exceed these limits whilst driving. This poses a potential problem for drivers who have legitimate reasons for using prescribed drugs.

However, the limits for prescribed drugs are set at above the normal prescribed dosage so there should be little concern for those using the drugs in accordance with the recommendation of healthcare professionals.

What though, for example, if a legitimate user happens to combine a prescribed drug with something they purchase over the counter. This could potentially put them over the limits set by the new law.

The Health and Safety at Work etc Act 1974 requires an employer to ensure, as far as is reasonably practicable, the health and safety of all employees whilst at work, including those engaged in ‘on the road’ work activities.

Employers also have a responsibility to ensure that others are not put at risk by their employees work related activities.

They also must conduct suitable risk assessments and implement measures to ensure work related journeys are safe and that staff are fit and competent to drive safely.

The consequences for employers can be serious. In a recent incident, an HGV driver was convicted of dangerous driving after he killed two cyclists in July 2013. He was sentenced to 8.5 years in prison and a 10 month driving ban, after it was found that he had fallen asleep at the wheel, having worked long hours for his employer.

The employer is also currently under investigation by the HSE and faces potential charges under the Health and Safety at Work Act 1974 and/or the Corporate Manslaughter and Homicide Act 2007.

As well as a clear policy, properly communicated and regularly updated, it is important that an employer treats any potential breach of its policies fairly consistently and with an open mind.

In a recent Tribunal case involving a Bristol bus company, an employee was awarded £84,000 for unfair dismissal.

Although the driver concerned had tested positive in a saliva test for Cocaine, the Tribunal found that the bus company had failed to properly investigate the driver’s protestations of innocence.

The driver concerned was adamant that he had never once taken non prescribed drugs and argued that his regular handling of bank notes had exposed him to the illegal substance. He had paid around £400 for an independent test by his GP which suggested that he had not had drugs in his system for the previous 3 months.

Further, he relied on a study by the Forensic Science Service of 2010 which found that almost every British bank note is likely to contain traces of cocaine (a sad and sobering fact). The Tribunal had concluded that the Employer in this case was ‘wholly uninterested’ in investigating the Drivers explanations.

The case illustrates the importance of proper procedures which are fairly and objectively applied. If you need help or advice on this subject, you can contact us and we’ll help you get the proper procedures in place.