Home Blog WhatsApp in the Workplace and Employee Relations

WhatsApp in the Workplace and Employee Relations 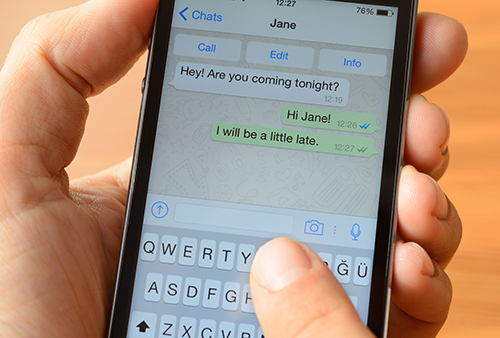 From arranging your next girls’ night out, to sharing photos with your family. WhatsApp is our go-to platform for communicating with friends and family. It’s also useful for letting your colleagues know you’re running late or for sharing a new idea you had over the weekend. Consequently this swift form of communication is becoming an increasingly popular platform for workplace communication.

Real-time informal workplace communication apps such as WhatsApp can benefit organisations in several ways. Primarily they can improve social cohesion and socialisation. Especially in sectors where there are remote teams or employees work differing hours and shifts.

However, there’s a darker side to WhatsApp. A growing number of legal cases involving bullying or harassment have stemmed from conversations that have taken place on WhatsApp.

Read on for an overview of:

Relevant case law you need to be aware of

PC David Alston sent offensive messages and video clips of extreme pornography to a WhatsApp group between March and June 2017. He was caught when his phone was seized over a separate case, which led to the WhatsApp messages being discovered.

Det Supt Dean Chapple said: “PC Alston was a highly respected and capable officer however his conduct, whilst off duty and in the presence of selected friends who were not associated with policing, fell way below the standards we expect of our officers and in no way represents our values.”

Rice-Birchall handled a case involving a group of senior managers that worked for a financial firm. The managers were sharing pornography and ranking their female colleagues by sexual attractiveness in a WhatsApp group. Rice-Birchall told People Management that many people don’t understand the potential consequences of this type of behaviour. Particularly if the harassment takes place on a private phone and outside of working office hours. Section 26 of the Equality Act 2010 is applicable in such cases.

You should ensure employees are familiar with the policies that set out what is and is not acceptable behaviour. These include:

Remind employees that a breach of these policies using instant messages may lead to disciplinary proceedings, even if the alleged misconduct occurred on a personal phone outside of normal working hours.

Without a clear policy on the use of instant messages, employers are unlikely to be able to retrieve or force employees to provide data in the event of an Employment Tribunal.

Even if it is not an official work group, you will still need to consider how to deal with a situation where an employee has been deliberately excluded from a group for example.

When implementing a policy for using WhatsApp you need to consider what you want employees to use it for. Is it a primary communication channel or simply supplementing email? What information can employees share in a WhatsApp group? Clearly communicate parameters to all employees. Also, inform your staff that their messages may be used as evidence for a grievance, disciplinary process or Employment Tribunal.

In addition, be mindful that some employees may be more comfortable with using instant messaging than others. Offer guidance/training to ensure team members are not inadvertently excluded. Managers must also understand when to use WhatsApp and when not to. For example, highlighting an employee’s performance issue to all members in a WhatsApp group is not appropriate.

WhatsApp is an extension of water cooler chat

The CIPD asked practitioners about the impact of WhatsApp groups on their business. Twenty-six per cent of respondents thought they enhanced the workplace, encouraging collaboration and providing an opportunity for mutual support. However, 40 per cent believed they undermined corporate culture.

An anonymous HR Manager stated “[It] can be a great benefit for employees as long as [it is] used for the correct reason. It can, however, be too easy for people to act inappropriately and find themselves in breach of policies without realising the impact of their behaviour.” Another respondent commented that “WhatsApp is primarily used for gossiping and bitching. I work in an office where the millennials sit there all day on WhatsApp, messaging each other and sniggering like school children.” Others described WhatsApp being used to bully or exclude employees. For example, setting up a group to arrange drinks after work and excluding team members.

David D’Souza at CIPD commented that this kind of behaviour isn’t something new. Employees have always criticised their employer or gossiped about their colleagues. The key difference is that this used to happen at the pub. It’s now happening on WhatsApp meaning there’s a digital record of the conversation.

What to do when ‘banter’ goes too far

Employers owe a duty of care to their employees. If the alleged misconduct has an impact on a working relationship between employees it can become a workplace issue that the employer needs to address. Having screenshots of messages in disciplinary or grievance hearings is now normal practice. Comments in messages should never be personal, use swear words or even emoji’s that can be considered rude.

Remember, even if you can’t control or monitor instant messages you may still be held liable if they relate to the workplace. If you are not clear with your employees about what is not acceptable it may be hard to discipline them for their actions.

Make sure you check out our blog next month when I’ll be covering WhatsApp in the workplace and data security. 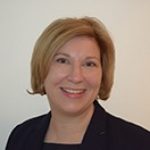 Louise is a generalist Human Resource professional with over 18 years’ experience across a variety of sectors including care, medical, retail and telecommunications, and is a member of the Chartered Institute of Personnel and Development. Louise provides sound practical and business-focused advice in line with employment legislation and best practice, and has worked in partnership with line managers, senior operational managers and directors. Typical consultancy projects include advice on complex employee relations issues, redundancy programmes, restructures, TUPE, recruitment, policy writing and grievance/disciplinary handling. In addition to her generalist knowledge she is experienced in delivering training on a wide variety of employment law and HR subjects. Louise joined the Moorepay consultancy team in October 2007. 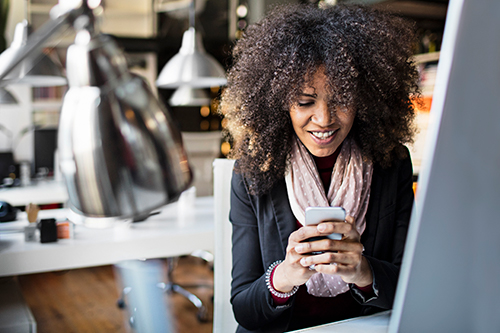 Should Employers Ban the Use of Mobile Phones at Work?

It’s December. Emily is engrossed in a WhatsApp group about a Christmas night out with…