Home Blog Why is spying on employees on the rise?

Why is spying on employees on the rise? 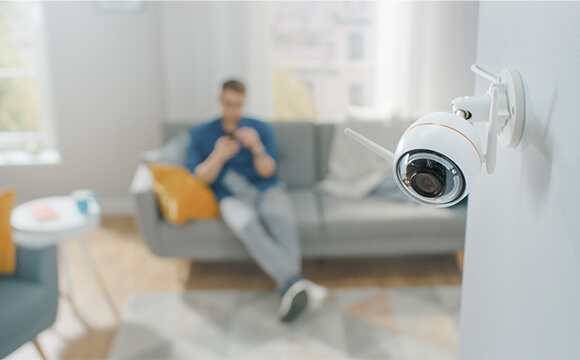 From screen recording, to monitoring mouse-strokes, to using webcams: new technology means employers can keep a close eye on their workforce when working from home. But why is this gaining popularity? And what happens if this technology is misused?

Why is this happening now?

One of the consequences of the pandemic was many employees started working from home, which was promoted by the Government to support the economy. In some instances, employees were issued computers with software built in, whereas others were asked to use personal computers and hook up to their company’s computer systems to enable them to work.

In our article hiring of offshore talent or anywhere employees, we reported on how businesses were having to come to terms with the use of modern technology such as adopting virtual means of communicating, and putting in place the digital infrastructure to ensure remote working was possible.

But there are increasing concerns that some employers are misusing this technology to spy on their employees, both in their working and personal time.

The misuse of monitoring technology

In a recent BBC article, one employee revealed that he witnessed his manager “monitoring” not just his colleagues’ work, but none-work-related activities such as what they were watching on their laptops in the evening.

Unfortunately, this is not an isolated incident. Monitoring the work of employees, such as on CCTV and software which senses each keyboard stoke or move of the mouse, was previously largely confined to the workplace. But new data shows that electronic monitoring of home workers by companies is rising sharply.

Rising monitoring rates and its consequences

A number of software providers have reported an increase in demands for these types of products. In a poll conducted by Prospect, it found that 32% of homeworkers are being monitored by employers, up from 24% in April. Younger people, those in the age group of 18-34, are amongst the highest monitored. It also revealed that there has been an increase in cameras monitoring employees working from home, from 5% to 13%.

The Director of the Institute for the Future of Work says that the increase in surveillance is “driving an intensification” of pressure on staff. Employers should consider whether this way of managing employees might erode trust and contribute to a reduction in productivity – which is the opposite of what using this technology aims to achieve.

The Information Commissioner’s Office (ICO) urges employers to “consider the potential negative effects of monitoring on staff and whether there are less intrusive alternatives, such as catch-up calls or email exchanges”.

What does the law say?

Prospect, the trade union, and other organisations are calling for tighter regulations in this area of employment law. They are calling on the Government to make it explicitly illegal for employers to use webcams to monitor employees working from home other than during specific meeting or calls. The necessity to keep personal lives private, and to have a degree of privacy in the workplace, was also highlighted as an expectation – and necessity – for employees.

Learn more about the law when it comes to monitoring employees on this in our helpful article FAQs: can you spy on your employees.