Home Blog Do you have a Clarkson working for you?

Do you have a Clarkson working for you?

News reports and social media sites have been filled with views on Jeremy Clarkson following his alleged attack on a colleague.

Love him or hate him, everyone seems to have an opinion on whether he should have continued in his employment or not.

Jeremy Clarkson’s behaviour, both on and off the Top Gear camera, has seen him fall from one controversy into the next, before his employment came to an end in March 2015.

Clarkson is said to have attacked a producer following a dispute regarding the food he was provided with at the end of filming. After two weeks of suspension the BBC made the decision not to renew his contract.

It might be fair to say the BBC did not want to lose Clarkson. Over 350,000 members of the public signed a petition demanding his reinstatement.   The cases within your organisation may not cause as much media attention as this, as the public have been glued to the Clarkson story. However if a similar incident arose in your organisation, your employees will be watching with interest to see what steps you take.

Employers are often concerned about the impact of disciplining someone and what effects it can have on the atmosphere within the workforce, however if you don’t do anything or if you deal with it poorly the issue is likely to get worse and can cause additional problems.

We have put together a simple step by step guide to assist you in ensuring you act promptly and follow a fair and legally binding procedure.

As soon as the matter comes to your attention, you must take action. A delayed reaction or no reaction at all could be viewed as condoning the behaviour or not taking it seriously.

If another employee could be at risk, or there is a risk the investigation could be corrupted, it is necessary to suspend on full pay. Acts of alleged violence would normally lead to suspension to avoid the risk of further instance.

It is important to emphasise such reasons to the employee. The suspension in it self should not be viewed as a punishment.

The investigation should be carried out by someone who has not been involved in the incident. They need to gather as much factual information as possible.

There will be a lot of hearsay amongst the workforce. Don’t get drawn into people’s opinions on what they think happened. The evidence used in your case needs to be factual. Only use those that actually witnessed the alleged act as your witnesses. Ask them to place their evidence in writing.

Ask all witnesses not to discuss the allegation. Look for corroborating evidence or verification of what other employees have said.

Step 4 – Hear both sides of the story

You need to hear the accused employee’s side of the story. Try to remain as open minded as possible. What you uncover may not be what you expected. Discuss events leading up to the alleged act.

At this stage, the employee does not have a right to be accompanied to the meeting.

If your investigation finds enough evidence to suggest disciplinary action might be needed, invite the employee in writing to a disciplinary meeting. Set out clearly the details of the alleged incident. Give them reasonable notice of the meeting and inform them of their right to be accompanied by a colleague or trade union rep.

Provide the employee with copies of any written evidence and witness statements.

It is only fair that the employee should do the same and supply a copy of any  evidence they have.

Any serious surprises, important new evidence, raised at the disciplinary meeting may mean it will have to be adjourned.

Step 6 – Prepare for a disciplinary meeting

Arrange for someone not involved in the case to take notes at the meeting and be a witness of what was said.

Plan how you will introduce the meeting; the procedure the meeting will follow, including allowing the employee to submit witness statements; and prepare some questions to ask the employee.

Also, ensure arrangements for the meeting take account of language, communication and access needs of those attending.

After the meeting, write to the employee, informing them of your decision and the reasons why you have made it. Include details of the their right to appeal.

The appeal should be held by someone who has not previously been involved in the process. They should:

The above is general guidance only.  If you have any potential disciplinary issues, contact us for  more specific guidance, tailored to the individual case. 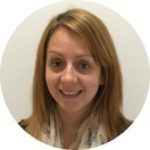 Gill has over 10 years HR generalist experience within the retail and industrial service sectors.Whilst providing HR support and services at the most senior levels Gill’s experience includes mergers and acquisitions, complex TUPE transfers, organisational development, and strategic change management. Gill has experience in the policy development process from design, consulting with directors and employee representatives through to implementation and delivering training workshops on the new polices. Gill currently is an HR policy consultant who services a variety of clients.