HR influence in disciplinary investigations could result in unfair dismissal 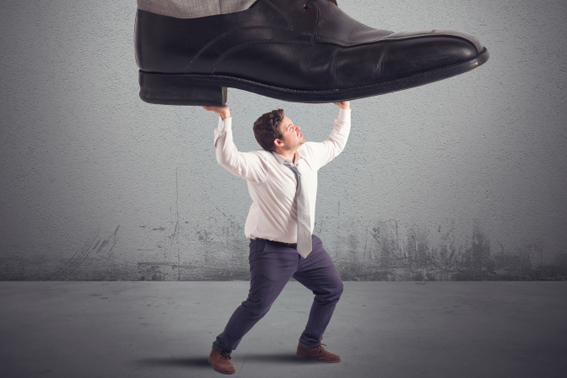 Too much interference from an HR department in disciplinary or investigation processes may lead to a verdict of unfair dismissal, suggests a recent case.

Investigating issues of potential misconduct and taking disciplinary action is not the responsibility of the employer’s HR department.

But how far can HR be involved in the process and outcome of a disciplinary hearing?

In the recent case of Ramphal v Department of Transport [2015], the Employment Appeal Tribunal (EAT) was highly critical of an HR department’s intervention that appeared to change a manager’s conclusions about the level of the misconduct and the penalty that should be imposed.

The Employment Appeal Tribunal (EAT) held that advice could be given from HR,  but such it should be limited to questions of law and procedure and not stray into the decision making process.

The EAT agreed with Mr Ramphal that the decision of Mr Goodchild was heavily influenced by the HR department.

It was concluded that an employee facing disciplinary charges is entitled to assume that the decision will be taken by the appropriate officer without having been lobbied by other parties.

The EAT found that there was evidence to support “an inference of improper influence and the EJ should have given clear and cogent reasons for accepting there was no such influence” (para 54). As such, the appeal was allowed and the case was remitted to the original employment tribunal for a rehearing.

Useful guidance is given at para 56, “an employee facing disciplinary charges and a dismissal procedure is entitled to assume that the decision will be taken by the appropriate officer, without having been lobbied by other parties as to the findings he should make as to culpability…..and also given notice of representations made by others to the Dismissing Officer that go beyond legal advice, and advice on matter of process and procedure.”

The actions of the HR team may have been well-intentioned, and the temptation to redirect a manager’s findings will be familiar to many particularly when under business pressure to do so. However, this decision highlights how important it is that those in HR understand the limits within which they must operate when involved in a disciplinary process.

What is an HR adviser’s role in a disciplinary process?

In Ramphal,  the EAT makes it clear that the role of an HR adviser in a disciplinary process is narrowly drawn; limited to assisting the investigation/disciplinary officer in relation to questions of law, procedure and process. In particular, an HR adviser should not stray into areas of culpability.

In the context of an investigation, the substance of the report should be the product of the investigating manager’s enquiries. Similarly, by extension, the outcome of a disciplinary decision must reflect the findings and conclusion of the disciplining manager.

This decision does not mean that, as an HR adviser, you cannot or should not have input into an investigation report or disciplinary outcome as that is usually a key element of the HR role. However, one needs to be mindful as to the scope of the input.

This result is that HR has a fine line to tread. It is fair to say that the facts in Ramphal were extreme. The final report and findings were so far removed from the initial draft that it was difficult to explain such a significant change in the line manager’s opinion, other than by reference to improper influence from HR, as evidenced by a paper trail of substantial amendments.

However, line managers often do lean heavily on HR and keen for HR to take the decisions so it is vital that the HR adviser and manager both understand the restrictions around HR’s input.

A way to test this is to ask yourself whether or not the investigating or disciplining manager involved could give evidence in a tribunal (having sworn to tell the truth) to say that the findings/conclusions were his/her own, and that they could cogently explain their rationale for these findings and conclusions.

Can defects be corrected on appeal?

The scope of an HR adviser’s input remains limited and the substance of the appeal outcome should be the appeal manager’s decision.

The Ramphal decision provides clarity of HR’s role during investigatory or disciplinary proceedings, albeit the restrictions imposed are arguably unwelcome for HR advisers. However, while they must not stray into matters of culpability, it is clear that HR advisers have an important part to play within the allowable limits.

If you need help or advice on this subject, contact us or call our advice line.